Deep Eutectic Solvent as a new solution for love-hate relationship

By: Elżbieta Wątor
In: Summerstudents
Protein crystals are so sensitive, that diffraction experiment conducted in room temperature could easily damage them. Therefore, an important preparation step for diffraction experiment is cooling protein crystals to around 100K.
Water is significant part of protein crystals (even to 80%) and it’s a really love-hate relationship. On the one hand, high solvent content provides native environment for protein. Nevertheless, at the same time, during the cooling, water can cause crystals cracking (due to ice formation) or difficulties during diffraction data collection (because of visible ice rings on diffraction pattern). To avoid that, prior to the cooling, the crystals have to be treated using so-called cryo-protectants.

In my project, I would like to investigate the effect of Deep Eutectic Solvent (DES), based on trehalose and choline chloride, as a potential cryo-protectant for protein crystals. 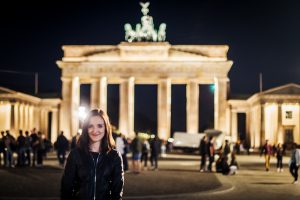 Band gap engineering: how theoretical chemistry can lead to the perfect photocatalyst
Simulating and Discovering
Summer students @HZB - a restart of a great programme
Mathematics Inspired By Nature. Or Bees That Are Not Biting.