What is an Undulator?

With the new cryogenic undulator CPMU-17 being installed into the BESSY II storage ring, I thought it a good moment to get everyone who may not be that familiar with this essential part of the synchrotron up to speed.

What is an Undulator?

By now, you might have noticed that undulators are pretty cool things (even the room temperature devices) that are an essential part of synchrotron sources such as BESSY II. In order to understand a little bit more about them, here is a brief introduction to undulators.

Synchrotron sources provide especially brilliant light that can be used to examine a vast variety of probes and samples. To produce this light, there are three things that you have to do: 1.: Get free charged particles (mostly electrons) 2.: Accelerate those to velocities close to the speed of light 3.: Force them to change their direction of flight.

So everytime there is a very fast electron that changes its direction of flight, it emits electromagnetic radiation, i.e. light, that we call synchrotron radiation. The easiest way to do this is to let the electron fly through a big magnetic dipole; then the Lorentz force acts and the electron gets deviated from its straight path.

Simply put, undulators are more sophisticated magnetic structures. Instead of just one magnetic dipole (one north and one south pole), there are various dipoles placed in a row, with alternating direction of the magnetic field. This alternating field forces the incoming electron on a sinus curve, as you can see in the sketch below. 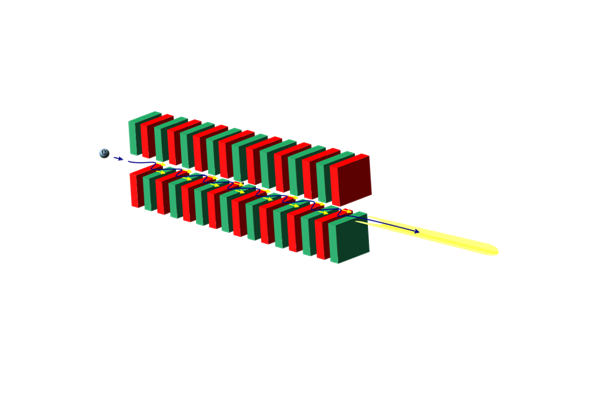 We’ve just learned that a relativistic electron emits light when it gets deviated. The spectrum of the light depends on how fast the eletron’s direction changes, i.e. on the trajectory. A dipole implies a constant electron acceleration which produces a broad spectrum. In contrast, the sinusoidal magnetic field of an undulator generates forces of changing sign and strength. Thus, the electron in an undulator radiates in a narrow cone and the light is way more intense. And another thing happens: wave interference.

Light pulses emerge from each pole of an undulator. These light pulses are separated in space directly behind the undulator. A downstream monochromator elongates the pulses which now overlap and interfere with each other. At specific wavelengths the light is greatly intensified by orders of magnitude and at other wavelengths it is completely canceled out. The result is a line spectrum of the following form: 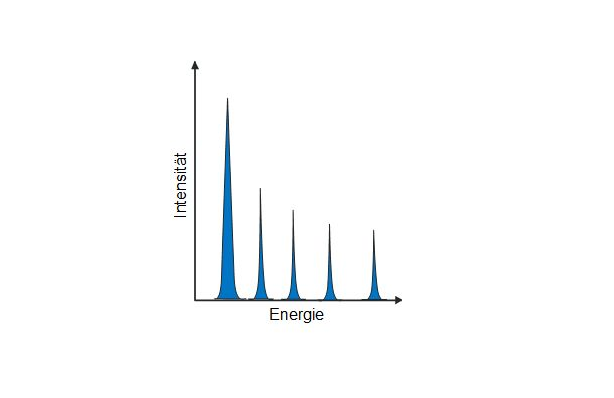 These are very sharp and intense peaks of light, which every researcher dreams of! The real magnetic structure producing that great light looks like this: 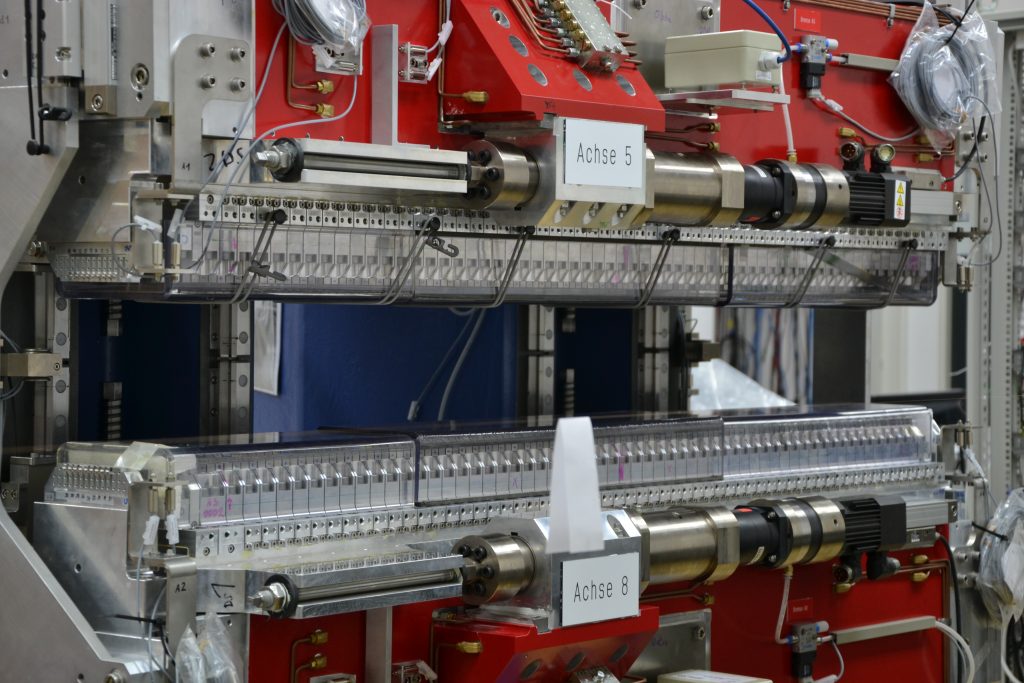