The long way of undulators: 70 years old and still up-to-date

The last finishing touches are being made to the cryogenic undulator CPMU-17 before it will be installed in the BESSY II storage ring next week.
A good moment to look back.

The long way of undulators: 70 years old and still up-to-date

Home of the first undulator was Stanford. Its linear accelerator (you can see its tunnel in the image) is claimed to be “the world’s most straight object”. In 1952, the Austrian scientist Hans Motz and his team conducted the first experiment, in which a 100-Mev electron beam from the Stanford linear accelerator passed through the undulator. Light radiated by the beam was observed and the plane of polarization determined”, so they reported in the Journal of Applied Physics. The frequency of the radiation ranged from visible light down to millimetre waves. That means, for the first time, coherent infrared radiation was artificially produced. Just a little taste of what was yet to come.

Undulators were already described theoretically by physicists like Vitaly Ginzburg (1947) and Julian Schwinger (1949). At the same time, synchrotron radiation was discovered and investigated. In the 1970s, the first large synchrotron facilities were built. A great symbiosis started. So nowadays, we can see at BESSY II and other light sources that undulators became an important part of modern accelerator physics.

On the image you can see the full SLAC tunnel. The door is nowhere in sight. Source: Justin Lebar, May 24 2007, GNU Licence 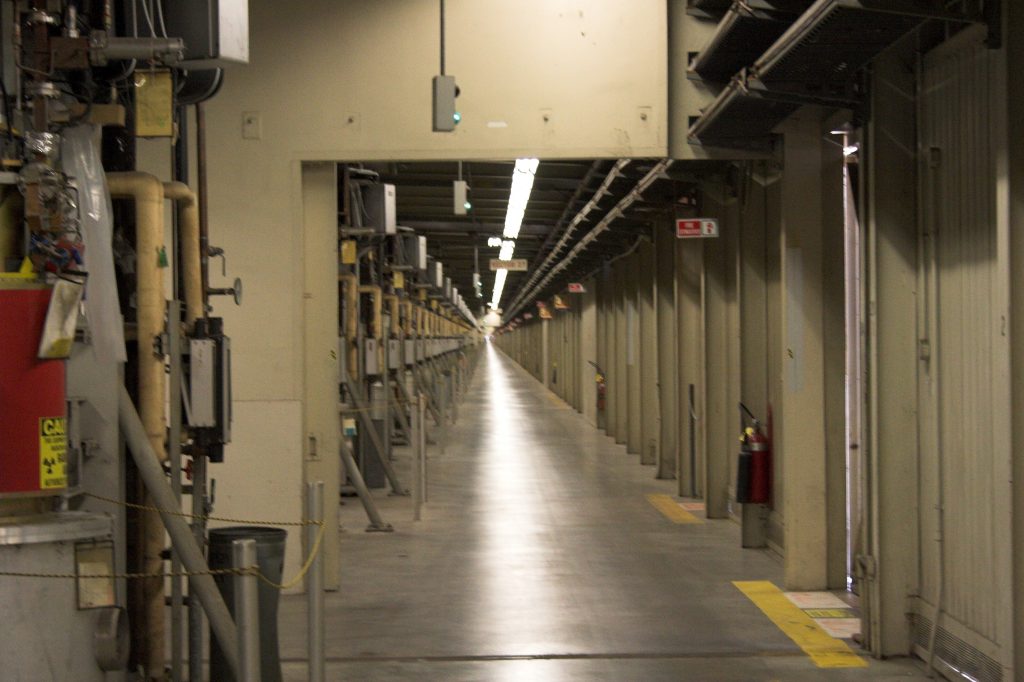 2018-09-27
Previous Post: What is an Undulator?
Next Post: Users at BESSY II: Nafion, the talented membrane for fuel cells and 4D-printing