TRIBS: Two orbits in one synchrotron – a nightly workshop at BESSY II

A photostory at the end of this text reports about a special workshop at BESSY II. It was mid of november, in the night from sunday to monday, when a couple of accelerator scientists from MAX IV, BESSY II, CERN, KARA at KIT and DELTA from TU Dortmund gathered in the control room of BESSY II. They wanted to explore the so called two orbit or TRIBS modus in which one synchrotron could deliver two different sorts of light pulses. But let’s start with a short introduction:

A Synchrotron Lightsource is a wonderful toolbox for doing research: it produces brilliant light pulses mostly in the x-ray regime, which allow us to investigate nearly everything – from antique works of art to the latest solar cells, from proteins and pharmalogically active substances to new quantum materials which could be used for energy efficient data storage.

To generate this light, electrons are first accelerated to almost the speed of light and then injected in a storage ring. These electrons travel in bunches. If bend by magnets, the electron bunches emit synchrotron light, i.e. very short, very bright flashes of light. At BESSY II this light is mostly in the soft x-ray range. Ideal for materials research. The electron bunches are brought into shape by a so-called magnetic optics.

Normally the electron bunches circle in the storage ring in one single orbit. This determines the properties of the generated light pulses. But what if – as it is often the case – scientists do have different needs?

Some scientists need high intensity, others prefer low intensity pulses. Some need long pulses, other would like to have shorter pulses. There are experiments which require continuous light and experiments which work best with just a light pulse from time to time. It is nearly impossible up to now to fulfill all wishes within one storage ring.

With a second “track” this might change. “If we create two orbits instead of one, we can offer two different light sources at the same time”, Paul Goslawski, accelerator scientist at HZB explains.

At BESSY II, Paul and his colleagues are experimenting with so called TRIBs modes – two orbits instead of one for electron bunches, created by a fine tuning of the magnetic optics driving a “transversal resonance” and so create a new orbit. 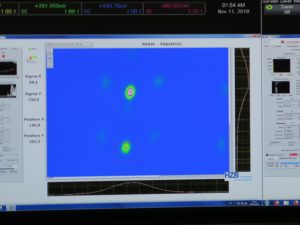 “After the first experiments, we could see that it was promising. We could separate the light pulses quite well from each other“, Paul says. “These results convinced us that it is worthwhile to continue and develop a new operating mode that can be used in standard operation. We have carried out further experiments and have even been able to test this mode under realistic operational conditions for a whole week”.

The workshop: A night for experiments

Paul organized recently a workshop and invited colleagues from the TiMo (Timing Modes for Advanced Lightsources) collaboration, other lightsources and the CERN accelerator. They met on a Sunday afternoon and did perform experiments and tests during the whole night at BESSY II. This exchange is important for general understanding of TRIBs and optimizing the Two Orbit setting.

“We’re going on, collecting ideas for improvements and investigating this scheme as an option for a possible successor – BESSY III ”, Paul says.
“Currently we are still in the testing phase and find out what we can and can’t do with two orbits. But we believe if doing it right – TRIBs have the potential to deliver different and better light for the various user groups and experiments, simultaneously”.

The big goal would be to collect enough arguments to run a synchrotron source regularly in this mode or even to explicitly design and optimize a circular accelerator and finally build it.

Have a look at our “photo story” on this nightly workshop 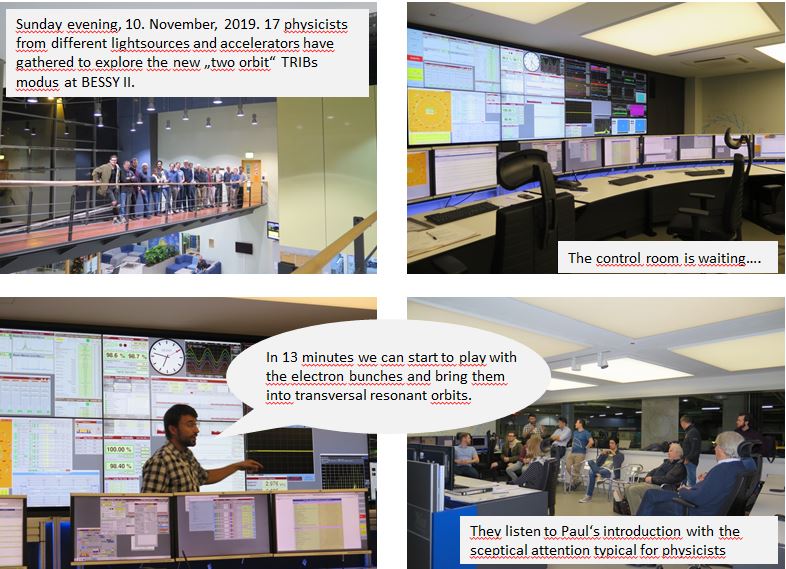 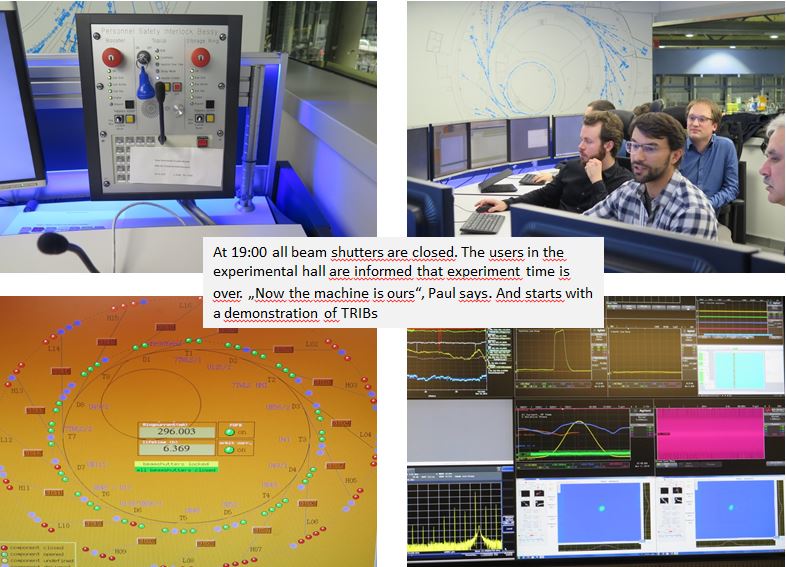 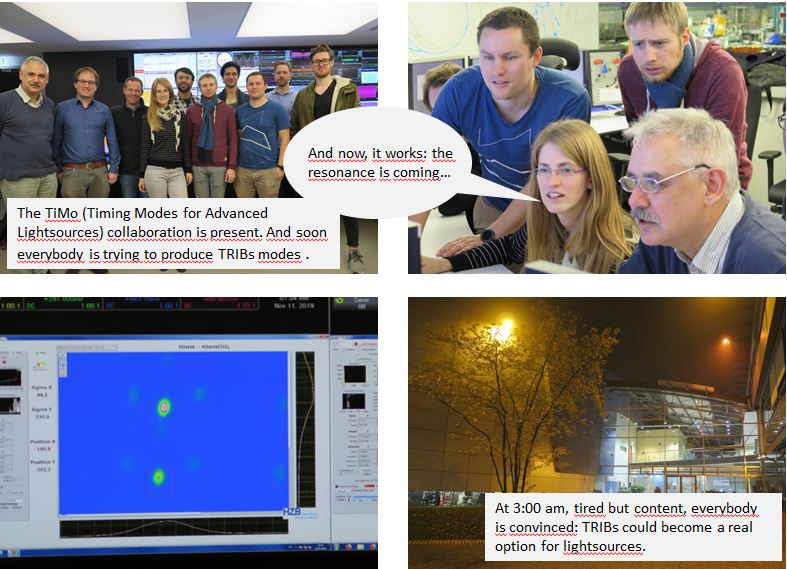