Electricity in your warm hands

Have you ever been sitting in company, discussing ridiculous stories about your scars and injuries? Probably, yes. Once, I spent a whole evening talking about these funny cases with my friends. However, the story of the scar I got because of a hot radiator, was outshined by a guy who has gotten a serious burn while he was sleeping with a laptop on his knees. That day I didn’t believe his story, but later I noticed that occasionally my electronic devices heated up incredibly. “Nothing is perfect”, I thought and forgot about this episode for a while. 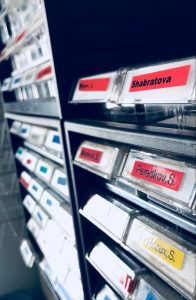 A couple years later, I arrived in a beautiful place called Helmholtz Zentrum Berlin. I was extremely excited by the beginning of my “Scientific summer”. Life always surprises us with little coincidences, so this time it consisted of the theme of my project. I was supposed to work in the Energy Materials In-Situ Laboratory, a facility that tries to solve a plenty of urgent scientific problems, one of which is the heat waste. Undoubtedly, the theme of my study reminded me of all the complaints about computers getting too hot after 3 hours of utilization and cars that don’t recover the thermal energy produced by the engine. At the same moment, I imagined a world where the heat from laptops will charge your devices instead of burning your legs, and this thought has been inspiring me during this month of the program.

To get closer to this dream, my group studies the, so-called, thermoelectric materials. Materials that have the amazing ability to convert the thermal energy into electricity. This phenomenon was discovered at the end of the 18th century, since then people found already lots of applications for this wonderful effect. However, nobody found a thermoelectric system that would be efficient enough to create the desirable charge to recharge a laptop from a radiator. Recent researches showed that various nanostructures possess really appealing characteristics to enhance the performance, when applied to the active materials in thermoelectric devices. Thus, my project is devoted to the synthesis and study of this kind of nanostructured materials. 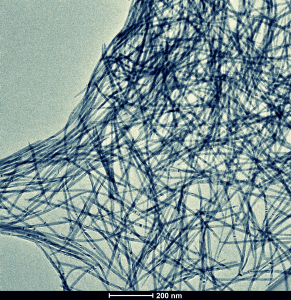 The idea of my theme is to research Sb2Te3 and Bi2Te3 nanowires coated with a PEDOT:PSS polymer. One can imagine this system as a plenty of incredibly small and thin metallic wires that are covered by a polymer. It is believed that the shape of the material and its interface with the polymer may be highly effective in enhancing its properties. During the first weeks, I should have both synthesize the nanowires and avoid any explosions. I successfully achieved only the last task. Being a physicist, I was amazed by a complexity of my chemical problem: even distinguishing blue from milky blue as color of the solutions seemed to be impossible for me. After different studies of my samples, I have obtained several magnificent pictures of my synthesis failure. Subsequently, the number of materials successfully synthesized by different methods increased along with my hopes to get a better result. After almost a month of improving my chemistry skills, I finally have gotten the thin films of nanowires that could be measured by an SBA device, the machine which is used to calculate the Seebeck coefficient of a material. This number describes the amount of electric tension that a material can create at a certain temperature difference and, thus, determined the possible efficiency of a sample. The measurement lasted about 24 hours.

Eventually, the result met all expectations and I understood that all efforts were worth it when the cherished words “not bad” were pronounced. Indisputably, it wasn’t the best result ever. “Nothing is perfect”, I thought, “but the progress still has been made”. That day I came home convicted that through these small steps and long lasting efforts Science will always be able to make the world better. 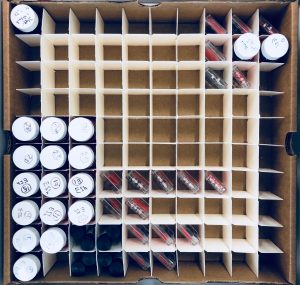 2018-08-10
Previous Post: Mathematics Inspired By Nature. Or Bees That Are Not Biting.
Next Post: Internship Program in the Helmholtz Zentrum Berlin