From natural to synthetic geomaterials

I’m a rare example of a student in the international summer student program, who lives already in Berlin. At the first day I was really impressed how many people arrived from different countries with different backgrounds. I was really curious what the others study and where they come from. Can I keep up with these international students? Do I have enough knowledge to compete with them? That were questions I asked myself.

But back to my background, I study geological science with the specialization geodynamics and geomaterials at the FU Berlin. In the main part of the study we look on natural systems, on silicates, oxides, carbonates and sulfides. Especially sulfides are black heavy shiny minerals, which are mostly found in ore deposits.
But what is about the technical use of sulfides for the industry and society? 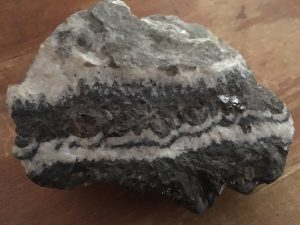 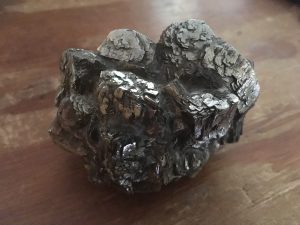 In general, for me, sulfides were long time only minerals. They are mainly formed in hydrothermal systems. Penetrating salty hot water leaches metals in the host rock and mobilize them in an aqueous solution. At temperatures of 200-300°C on the way up sulfides are precipitating due to cooling of hydrothermal solutions in reducing conditions. Black smokers are so called, because of their black smoke of sulfides. I thought,  they get mined in ore deposits and the pure elements like Cu, Zn, Pb, Sn, In, Ga or S, Se get extracted for industrial and economic purpose. In geology sulfur isotopy like δS34 are used to track the source of the sulfur from different reservoirs [ocean water, earth mantle, earth crust].
I never thought about green energy or the use in solar cells at this time.

In the internship of the HZB already after two weeks I learned, how important these minerals and their structure could be for solar cells. My work is about Kesterites CZT(S,Se), which are a promising absorber material for thin film solar cells. They contain mostly abundant and non-toxic elements [non-toxic in comparison to very toxic elements like Cd or Pb] with high absorption coefficients ~ 10-4, record efficiencies of 12.6 % and a low band gap of about 1 eV [CZTSe] – 1.5 eV [CZTS].

The kesterites are synthesized by Bridgman method out of pure elements like Cu, Zn, Sn, S and Se. The first produced heterogeneous kesterites get vacuum-sealed in glass ampules with a 3000°C hot H2/O2 flame in order to prevent interactions with the atmosphere. Here we melt a glass tube within the glass ampoule while cooling the sample simultaneously with liquid nitrogen soaked in a quartz wool.

That was really cool and I felt like a crazy scientist at this moment.

Afterwards the samples get annealed for 410 h at 750°C to increase the phase homogenity.

There I come into the game.

I look on the phase homogeneity of the kesterites as well on the secondary phases before and after the annealing process. Do we have single phase kesterite or kesterites with different composition?  How does the composition effects the band gap, in particular the sulfur and selenium ratio? Do we have secondary phases and did the amount changed after annealing?  What are the main differences between the pre- and post-annealed samples? That are some main questions of my project. Hopefully I manage to answer all these questions.

The SDC - or the scary device of the B building
Users at BESSY II: Nafion, the talented membrane for fuel cells and 4D-printing
We are back: Rowshanak Irani from the Solar Fuels Institute
Solar cities: feasible but not yet realised