Two meanings of the word “foreigner”

The people that work here come from all over th 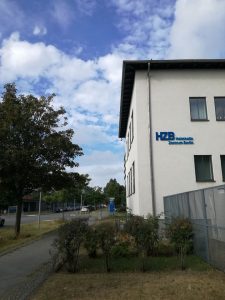 e world to achieve one goal: create a better world. HZB institute helps to reach this aim and its beauty is that it shares only a location with Germany, yet here foreign habits, cultures, and languages meet.

These differences define each person and distinguish them from each other. But what is a tradition? What is a habit? A habit is what determines your lifestyle, what you do instinctively and unconsciously. According to Albert Camus, a French philosopher and writer who lived in the first half of the 20th century, human beings live a life that is completely imposed by “l’habitude” (habit, daily-routine). His philosophy arises in one of his most famous books, “L’étranger”, i.e. “The foreigner”. The main character is a French man, Mersault, whose life is completely taken over by “l’habitude”. Together with “l’ennui” (boredom), “l’habitude” is one of the main themes that surfaces page after page and, like a wave, overwhelms Mersault who remains indifferent and passive.

Camus wrote this novel to i 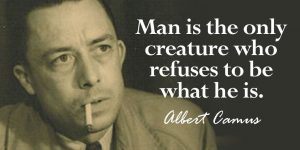 llustrate his absurdist philosophy. He condemns mankind and his society by making the following point: “L’homme a l’illusion d’être libre mais il est esclave de l’habitude”, i.e.: Human beings think of themselves as free but, in fact, they are slaves to habit.

Moreover, people who live without questioning their habits and don’t hold the reins to life are étrangers to themselves. Here this word, that I mentioned at the beginning, foreign, returns, but with a slightly different meaning. Both connotations of the word connect to the same theme that is the habit: on the one hand, you are foreigner of yourself if you follow your habits unconsciously and without critical reflection; but on the other hand, you consider “foreigner” people who do not share your habits.

Camus thinks that life is irrational and he finds reason and rationality only in death, which marks the release of human beings from l’habitude and this nonsensical life. Nevertheless, we need to remember that Camus is one of the most important figures of the absurdist philosophy, after the Second World War. Thus, it is important to place Camus in his historical context to understand his thinking and justify his pessimism.

Furthermore, I think that the solution is to unmask and know all your own habits so that you will not be their slave. Besides, if you look at your habits with critical reflection, no one will be foreigner to you and the concept of foreigner will vanish.

Getting back to the HZB institute, here the word foreigner does not exist and everyone comes here to follow only one aim: find the way to live in a better world where renewable energies are the new energy source.

2018-08-10
Previous Post: Internship Program in the Helmholtz Zentrum Berlin
Next Post: Cryogenic tests of the cathode insert for the SRF-Photoinjector of BERLINPRO

Users at BESSY II: Nafion, the talented membrane for fuel cells and 4D-printing
Do you know what a quantum dot is?
Revolutionizing Quantum Energy Transfer
How to get back to BESSY II?