Fuel cell is an energy conversion device that converts the chemical energy stored in fuels (Hydrogen) and oxidants into electricity through electrochemical reaction. We work on specific type of fuel cell which is Polymer electrolyte membrane fuel cell (PEMFC), which is consists of an anode and a cathode, and a polymer electrolyte membrane (PEM) in between. At the anode, hydrogen flows into the flow channel through the gas diffusion layer (GDL) to the catalyst layer (CL). In the anode CL, hydrogen splits into protons (hydrogen ions) and electron, these electron travels through an external circuit to the cathode, thus generate electricity. At the same time, on the cathode side, air or oxygen flows through the GDL to CL, where it reacts with the protons and electrons from the anode, producing water and heat.

Neutron can be founded in all elements except hydrogen ….. But how we can extract it from the element?

How we do the imaging? 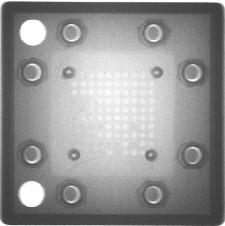 2017-09-12
Previous Post: The next step in cybernetics!
Next Post: Development of a mechanically stable and radiation-hard macromolecular crystal system

"Water to heat water!" “That I should like to see.”
TEST: Help young marketing student pass physics exam
Band gap engineering: how theoretical chemistry can lead to the perfect photocatalyst
Milling - An Unusual Synthesis Method